Rutger Bregman, a young, willowy Dutch historian and author of Utopia for Realists, entered Davos, a lion’s den of billionaires and business leaders who identify as Gandhi, and said the unspeakable: philanthropy is bullshit. And that no one dares discuss the only thing that does matter: taxes.

But that’s only part of a much bigger story unfolding…

The response from Davos organizer, The World Economic Forum, made clear they know where their crackers are caviared:

Then why was there only 1 panel about tax avoidance, hidden away in a small room in the Media Center? A panel where the finance minister of Ireland, a notorious tax paradise, did most of the talking and one of the star journalists behind the Panama Papers was pretty much ignored? https://t.co/bPQUWfjbtu

Rutger Bregman’s words were both true and ballsy (if you’re easily intimidated by people whose butlers can make you disappear). But his solution, “taxes, taxes, taxes”, deserves more scrutiny and nuance.

It’s true, wealth sprinkled around as charity amounts to rounding errors on givers’ bank accounts. Not only don’t those numbers scale to the enormity of humanitarian problems, but philanthropy leaves a nasty little byproduct.

Begging billionaires and corporations for rations is a full time job. Charities throw galas, hand out awards, and film touching tributes. It’s the least efficient way to earn a buck since vlogging. In the meantime, this exhausting charade buys donors heaps of goodwill, influence and political power –  at bargain PRices. Leaving them plenty of cash to lobby for tax breaks. After all, they’re the good guys!

It’s not all bad. There are many legitimate, well-run nonprofits, like the Bill & Melinda Gates Foundation. And business acumen can help massive aid projects. Plus, charities can operate in forgotten nooks and crannies, where big government programs can’t – the same way small mobile resellers can reach niche customers Verizon and AT&T can’t.

Charities are a wonderful side dish we’ve somehow turned into a main course, though it only fills a fraction of the plate.

So the answer is still clear, right? Raise taxes on these guys and institutionalize helping. Right?? Not so fast.

As part of the universal healthcare series on The McFuture podcast, I did a deep dive into the US government’s record of business and social interventions. Beyond some clear successes, most are a minefield of unintended consequences, under-performance, resource misallocation and mismanagement. While some countries manage social programs well, we don’t happen to live in one. We’re the Lindsay Lohan of countries – rich, talented and wasting our potential. If government is our savior, it’s a hot mess.

How much more proof do we need that our massive Federal bureaucracy is a magnet for corruption? Armies of lobbyists have extracted huge handouts for almost every industry. Speaking of armies – our frothy $750B+ annual military budget is the product of a giant, multi-generational influence hustle.

But replacing charities with tax-funded social programs, pours rocket fuel into a ’79 Ford Pinto. It swaps private power brokers for corrupt, useless bureaucrats. And it creates a government monopoly for helping, without fixing the reason it hasn’t so far.

Let me re-emphasize that.

The greatest argument for why government can’t fix these problems is that it hasn’t.

We collect $3.5 TRILLION in taxes each year, plus $1 TRILLION in borrowing. Yet we still manage to f$%^&-up education, poverty, homelessness, drug addiction, healthcare and more. The Opioid spike – and all the pharmaceuticals that fueled it – is a perfect example. With $4.5 TRILLION to spend, we’re not dealing with a resource problem, this is malpractice.

That doesn’t mean I’m defending status quo or endorsing some libertarian utopia that’s never existed. I’m not. In fact, I think redistribution is inevitable. Even conservatives support higher taxes on the rich.

When moderates like Howard Schultz, Mike Bloomberg and Joe Biden get their asses handed to them by online mobs, it’s Game On. The masses want blood. As I warned in 2011 and billionaire Nick Hanauer wrote in 2014, The Pitchforks Are Coming… For Plutocrats.

Given the toxic politics of inequality, the best rich people can hope for is a chance to negotiate the terms of their surrender. It’s no longer a matter of if, it’s about how and when. But they better not wait too long. The next stop after Redistribution Street is Retribution Boulevard and it’s a sh$%hole.

Unfortunately, politicians (and media) have been sloppy and irresponsible by weaponizing this issue. They’ve radicalized people for their personal benefit, rather than educating them for our country’s. The political climate is rabid and irrational. This guarantees a ZERO PERCENT chance we’ll do the right thing.

What is the right thing? Glad I asked.

Here’s my humble wish list for what should happen.

The worst part about today’s rhetoric is it conflates three things, when only two of them are sound:

Maybe the rich just pay up. Or maybe we can recover it from corporate tax shelters in Ireland. Or, maybe they escape to the Cayman Islands or DerkaDerkastan.

Bottom line: even if we cut military spending in half, those “free” programs will cost ALL OF US a fortune. Anyone who says otherwise is stupid or lying. Or, doesn’t (yet) pay taxes. 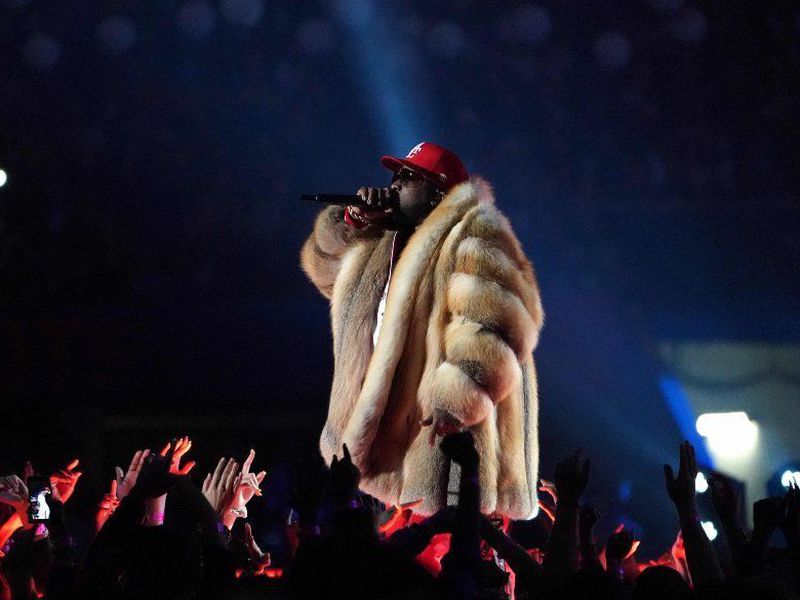 The most important part of the New New Deal is RESULTS. We’re starved for results. Government, prove to us you’re more than a corrupt money pit. That you can DELIVER results with the $4.5T at your disposal. If you do, EVERY ONE OF US will gladly cough up more – and demand the same from others. Let’s agree on five metrics and meet here in five years. We’ll bring a bag of cash and Big Boi’s fur coat, in case you hit your targets…or it gets chilly.

3) Lead with values, not vengeance

Beneath the rage, there are legitimate questions to confront about the kind of country we want to be.

Until we reach some resolutions, we’ll wallow, angry and aimless.

Tax policy should reflect our values. Until then, I proposed some general fixes in How Taxes Steal Dreams.

*Wealth taxation isn’t that simple, but it can be done with minimal unintended consequences. Property taxes are an example.

While I’m fantasizing, might as well try to get the best of both worlds.  Whatever our priorities, I’d like to see us bring business efficiency and program management to social programs. Maybe an independent tribunal of business leaders and other experts. Who would you trust to manage $100B in poverty relief, Bill Gates or some hokey senator who thinks the internet has tubes? Exactly.

Plan B: Keep It Simple

If we can’t do things right and it’s mob rules, let’s at least avoid another giant bureaucracy. New taxes on the rich should be a direct, formulaic wealth transfer to the bottom 10-20% of earners (with phase-out, cost-of-living adjustments, and incentives to move to lower cost areas). That way, people can control their own destinies, for a change.

Finally, Davos, big corporations, and the super-rich are supranational, unconstrained by borders. Rutger Bregman’s comments were also global in scope. But most citizens and policies are profoundly local. So my focus continues to be on the US. It’s the country that took my family in as immigrants and it’s still bursting with potential. So no matter how stupid our politics get, I feel a sense obligation to help even the most disagreeable idiot. After all, he’s my idiot and he’s full of potential…even if he’s also full of s$^t.

PS – Please share this post so I can have some semblance of hope there are others out there craving sanity.

Patreon members get a complimentary digital or signed hardcopy of Econovation.

Why our FriendSHIP Sailed

BasecampFIRE: How ‘Woke’ Broke An Iconic Tech Firm, ARE YOU NEXT? | The McFuture Podcast